Skip to content
Breaking News
Breaking News
Map of St. Louis area COVID-19 cases – MO: 1,069 deaths/ 27,443 cases IL: 7,187 deaths/ 153,916 cases.
Watch Now
Watch Now
Live video of FOX 2 News
This is an archived article and the information in the article may be outdated. Please look at the time stamp on the story to see when it was last updated. 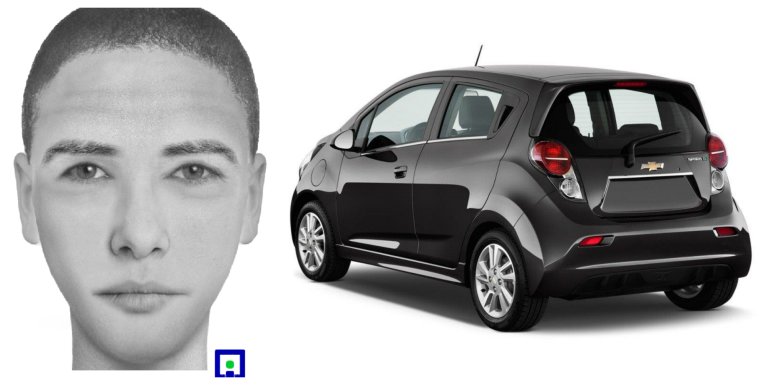 ST. PETERS, MO (KTVI) – Investigators with the St. Charles Police Department are looking for the two men who robbed a woman late Thursday evening in the parking lot of a local Costco.

According to Officer Melissa Doss, a police spokeswoman, the robbery occurred around 6:45 p.m. in the 200 block of Costco Way.

The 29-year old victim told police she was loading groceries into her car when a man who was standing nearby ran over to her cart and took her purse. The suspect ran to a waiting vehicle nearby and attempted to speed off.

However, the victim chased after the suspects to get her purse back and got caught up on the passenger side door. The suspect attempted to get the woman off the car by opening the passenger door.

The woman and the purse thief both fell out of the vehicle, Doss said. The suspect got back into the vehicle and fled, but he left the purse behind.

The victim was taken to a local hospital for non-life threatening injuries and has since been released.

Police described the purse snatching suspect as a light-skinned, possibly Hispanic or bi-racial man in his mid-20s, standing about 5’7” tall and weighing 170 pounds, with short black hair. He was wearing a light-colored short sleeve t-shirt and tan skinny jeans. The driver of the getaway car was described as a Caucasian man with pale skin, believed to be in his mid-20s, with black hair, a dark bushy beard, and wearing a black short sleeved t-shirt.

Authorities provided a composite image of the purse thief and a generic picture of the escape vehicle.

President Donald Trump considered the idea of selling Puerto Rico in 2017 after the island was devastated by Hurricane Maria, the former acting Homeland Security secretary told The New York Times in an interview published Friday.

"The President's initial ideas were more of as a businessman, you know," Elaine Duke, who was serving as DHS' acting secretary when the hurricane hit the island in September 2017, told the Times.

ST. LOUIS - The You Paid For It Team makes some new discoveries about the holdup in passing legislation to help S.t Louis fight the Coronavirus Crisis.

The Cares Act passed the St. Louis Board of Aldermen this week. But the measure that was supposed to be fast tract took just over a month to get through the board.

ST. CHARLES COUNTY - A 49-year-old male and his girlfriend took their pontoon boat out on the Mississippi River early Sunday afternoon. Just hours later St. Charles Central County Fire and Rescue responded to a distressed swimmer dispatch call. The man is now nowhere to be found.

The girlfriend says he decided to anchor the boat around the 230 mile marker so he could jump in the water and go to the bathroom. They were about one mile south of Two Branch Marina and smack dab in the middle of one of the main channels of the river that reaches depths of over 30 feet.