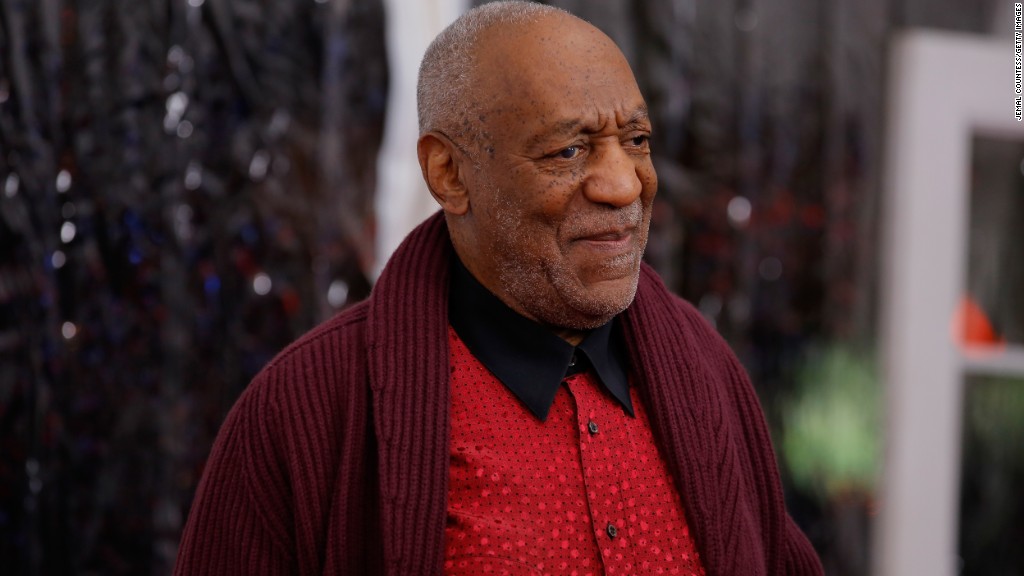 Judy Huth filed a lawsuit in Los Angeles Superior Court, claiming sexual battery and infliction of emotional distress during an incident at the Playboy Mansion, according to the documents posted by Radar Online.

The alleged sexual assault took place in 1974 when Huth was 15 years old.

According to court documents, Huth and a 16-year-old friend met Cosby when he was filming a movie at Lacy Park in Los Angeles.

After talking with the girls, the suit alleges, Cosby invited them to come to his tennis club the following Saturday “where he served them alcoholic beverages and played games of billiards.”

They then went to the Playboy Mansion where, the lawsuit says, Cosby asked Huth to sit on a bed beside him, after she came out of a bathroom.

“He then proceeded to sexually molest her by attempting to put his hand down her pants, and then taking her hand in his hand and performing a sex act on himself without her consent.”

CNN reached out to Cosby’s lawyer Martin D. Singer, but was not immediately able to get a response.

His camp has repeatedly and vigorously denied previous allegations.

CNN also tried to contact Huth and her attorneys, but have not heard back from them.

The suit goes on to call Cosby’s alleged actions “malicious, oppressive and fraudulent in nature.”

“This traumatic incident, at such a tender age, has caused psychological damage and mental anguish for (Huth) that has caused her significant problems throughout her life since the incident.”

The case describes the damages “substantial and continuing.”

Huth is asking for damages and legal fees.

Because four decades have passed since the alleged crime, It wasn’t immediately clear if the case falls within the statute of limitations in California for child sex abuse.

CNN political contributor Van Jones said now is the time for Cosby to speak up, with allegations mounting.

“At some point, his silence becomes almost kind of an admission,” Jones contends. “These are horrible, horrendous allegations.”

Cosby has not commented on the allegations, leaving that to his lawyer.

In a recent statement, Singer said it defies common sense that “so many people would have said nothing, done nothing, and made no reports to law enforcement or asserted civil claims if they thought they had been assaulted over a span of so many years.”

By CNN’s count, at least 17 women have gone public with accusations.

“He owes this country. He owes his fans. He owes the women some kind of statement,” said Jones, is also an attorney. “I think this level of silence for this long is unfair to everybody.”

The lawsuit dropped on the same day the Daily Beast published a story in which a man named Tony Hogue alleges he rescued a female friend from Cosby’s New York brownstone in 1984.

The article describes Hogue beating on the comedian’s front door after receiving a frantic phone call from the woman who said, “Tony, you’ve got to come get me.”

After Cosby answered the door, the story says, Hogue found his friend on the second floor of the home.

“She looked drugged and in a fog, and she couldn’t snap out of it,” he said. “She was a mess.”

The Daily Beast reports this same woman was a witness in a sex assault lawsuit against Cosby, filed in 2005.

That case was settled before going to trial.

But Cosby does have his supporters.

Comedian Whoopi Goldberg said November 17 that she was skeptical of the rape claims against him by one of the accusers.

“I have a lot of questions for the lady,” Goldberg said on “The View.”