Skip to content
Breaking News
Breaking News
IL: 5,330 deaths/ 118,917 cases; MO: 771 deaths/ 12,962 cases. List of St. Louis area coronavirus disruptions
Live Now
Live Now
Protestors gather in Ferguson
Watch Now
Watch Now
Live video of FOX 2 News
This is an archived article and the information in the article may be outdated. Please look at the time stamp on the story to see when it was last updated. 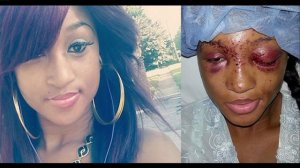 ST. LOUIS COUNTY (KTVI) – A St. Louis County woman who says she was in the wrong place at the wrong time during the Ferguson riots says her life has been changed forever.

“When I got shot, I thought I was dead; but at the same time, I was still breathing and I was terrified,” said Dornell Conner.

Nearly two years after Michael Brown's death that sparked movements across the world, Conner said the anniversary for her will be a day of reflection and remembrance. Conner was two months pregnant when the grand jury decided not to indict former Ferguson police officer Darren Wilson in Brown's shooting death sparking the riots in St. Louis.

Conner, 25, said she was in Ferguson sitting in a friend's car—not protesting—when St. Louis County police responded to a disturbance there.

“The tank pulled up in front of the car, so there was nowhere for us to move and next thing I know I got hit in the face. I just start praying and asked, ‘God please let me keep my child. She is innocent; I'm innocent.’ I got shot for no reason. I didn’t do anything,” Conner said.

A bean bag round fired into the vehicle shattered the front passenger side window hitting Conner in the face. Conner said surgeons removed 20 pellets from her face. Conner lost her eye.

“The doctors came in and said, ‘We cannot save your eye. We will have to remove it,’” she said.

Conner's unborn child was unharmed. Since last November, she has been unable to keep a steady job. Her family is now homeless.

Conner has filed a lawsuit against the St. Louis County Police Department for her injury.

Conner's boyfriend was behind the wheel of the car. He was charged with trying to run over police officers. Charges that were later dropped.

A lawyer for St. Louis County said they cannot comment on a pending lawsuit.

Obama expressed grief over the recent killing of Floyd, as well as other black men and women in recent weeks, in a Facebook post on Friday.

"Like so many of you, I'm pained by these recent tragedies," she wrote. "And I'm exhausted by a heartbreak that never seems to stop."

FERGUSON, MO – Early Saturday afternoon Ferguson police officers joined protesters at the police station to honor George Floyd who died in police custody in Minneapolis earlier this week.  An intern from Heroic Imagination captured the moving moment as everyone kneeled for over 9 minutes.

FERGUSON, MO – St. Louisans across the spectrum held peaceful marches Saturday in the St. Louis area in St. Louis City, Clayton, and finally in Ferguson. But shortly after 10:15 p.m. as the crowd was dispersing in Ferguson when some protesters broke away from the main group and rushed the city’s police department and started breaking windows.  Officers who had backed off to give protesters room immediately used tear gas on the protesters to move them for the building.

Other protesters started hurling rocks and other items at officers until police reinforcements arrived donning masks and using tear gas to disperse the remaining crowd.

Trump postponing the G7 to at least September

‘Everyone is fed up’: Thousands attend rally in Providence to protest George Floyd’s death

Trump postponing the G7 to at least September