ST. LOUIS, Mo. — The Blues did it! They’re heading to the Stanley Cup Finals. Fans said “Play Gloria” and Y-98 came through on their tease to play Laura Branigan’s hit single from 1982. The song has been a staple of the team’s 2019 playoff run.

The radio station posted this message for their Facebook fans Wednesday morning, “…And that’s why it’s another “24 Hours of ‘Gloria’ on Y98″!”

“I drove home from the game with the windows down and the sunroof open (when it wasn’t raining too hard), blaring Gloria!!!!” comments Jessica Kearns.

“9.5 Gloria’s to get to work. Keep it going Y98. You’re going to have to step it up when the Blues win the Stanley Cup,” writes Joe Lynch.

“My family has been dancing around to you guys all AM!” writes Carrie Nenonen.

Radio station Y-98 also made good on their promise to “Play Gloria” after the Blues won the playoff series against the Dallas Stars. That marathon of the song started at midnight on May 8, 2019.

Want to listen to their live stream?  Click here. 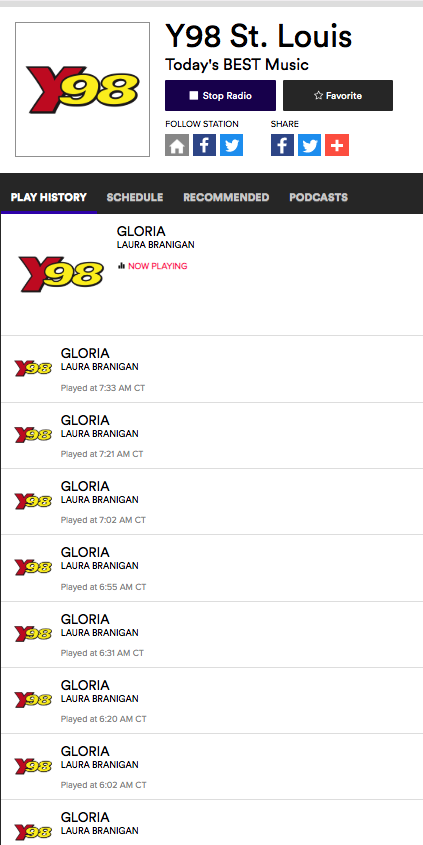 NORTH MYRTLE BEACH, S.C. (AP) — Coastal shops and restaurants closed early, power began to flicker at oceanfront hotels and even the most adventurous of beachgoers abandoned the sand Monday night as newly restrengthened Hurricane Isaias sped toward the Carolinas.

The U.S. National Hurricane Center warned oceanside home dwellers to brace for storm surge up to 5 feet (1.5 meters) and up to 8 inches (20 centimeters) of rain in spots, as Isaias moved up the coast. The Carolinas weren't the only states at risk.

SAN DIEGO (Border Report) - Early Sunday morning, Border Patrol agents encountered a woman "in a lot of pain" at the base of the border barrier in Otay Mesa, southeast of Downtown San Diego.

She had apparently fallen while trying to climb down the 30-foot structure.

U.S. Citizenship and Immigration Services (USCIS) said it has completed a review of proposed fee increases and will implement most of them starting in the next fiscal year. Here's a complete list of fees and increases.

Masks required in St. Louis and some curbside voting available for Missouri’s primary

Day-to-day COVID cases dropping in Missouri less than a week after single-day record of 2,000 cases