ST. LOUIS, Mo. — Football is returning to the Gateway City! The XFL has released its schedule for 2020. The St. Louis BattleHawks are playing their opening game in Dallas against the Renegades on Sunday, February 9. Two weeks later in Week 3, fans can see their home team host the New York Guardians in The Dome at America’s Center on February 23.

After the XFL draft, the St. Louis BattleHawks have a full roster. Former Ole Miss quarterback Jordan Ta’amu met with passionate fans last week in Maryland Heights. He said he was thrilled to get the call from head coach Jonathan Hayes.

St. Louis will play a 10-week regular-season schedule with five games in The Dome at America’s Center and five games on the road. 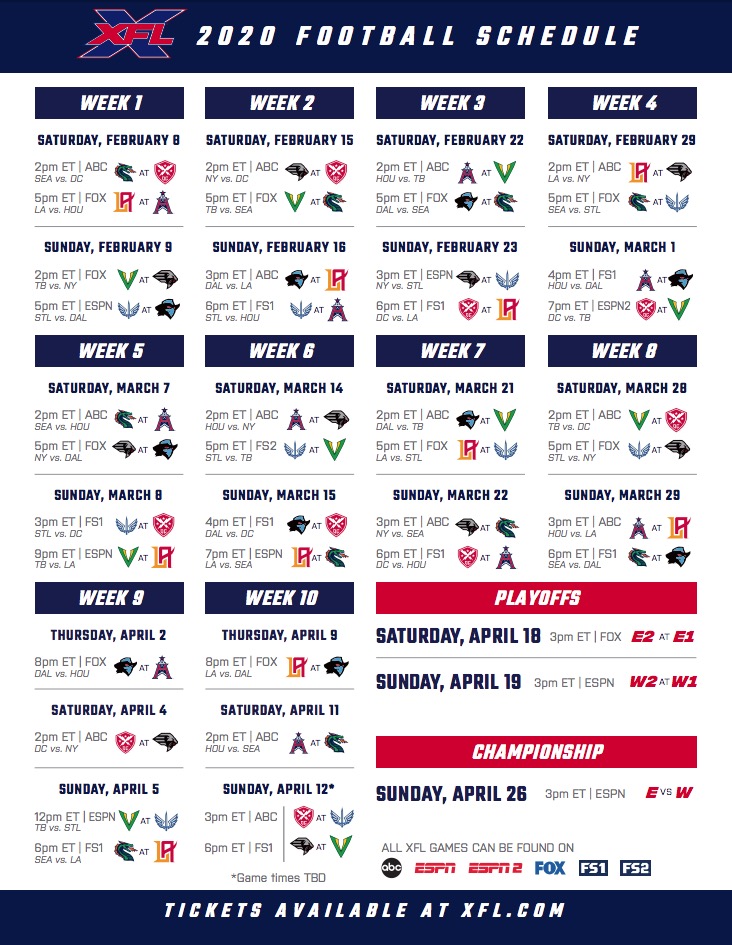 XFL purchased by a group including Dwayne ‘The Rock’ Johnson

ST. LOUIS, Mo. - WWE star and actor Dwayne "The Rock" Johnson is part of a group that has purchased the XFL for $15 million, according to Variety’s sister site Sportico. He is splitting the cost of the league with RedBird Capital investor Gerry Cardinale.

"With my trail blazing partner Dany Garcia & Red Bird Capital, we have acquired the XFL. With gratitude & passion I’ve built a career with my own two hands and will apply these callouses to our @xfl2020 brand. Excited to create something special for the fans!" writes Dwayne Johnson on Twitter.

Remember the Battlehawks? Sure you do. Their kicker Taylor Russolino made headlines with an XFL record 58 yard field goal. Recently with his fiance working as a nurse, Taylor decided to do something for health care workers. Russolino started a Go Fund Me page and raised about two thousand dollars. Today food from Imo's and Sugarfire Smokehouse was sent to workers at DePaul Hospital. Russolini also did the same thing in his hometown of New Orleans and in California where his fiance is working.

Is it safe to ride public transit during the pandemic?

Man dies after being shot in the back

Teen injured after bullets fired into house in Centerville

‘My daughter is the only thing that I have left,’ grieving dad says after pregnant wife hit, killed by alleged impaired driver

For Americans waiting on virus aid, no new relief in sight

Another city votes to remove a statue of Christopher Columbus

A rare giant shark now sits in an ice block at the Smithsonian, allowing researchers to hopefully unravel clues about its evolution

Is it safe to ride public transit during the pandemic?

Man dies after being shot in the back

Teen injured after bullets fired into house in Centerville

‘My daughter is the only thing that I have left,’ grieving dad says after pregnant wife hit, killed by alleged impaired driver