NEW YORK (AP) – The NCAA has canceled its men’s and women’s basketball tournaments because of the spread of coronavirus, putting an abrupt end to the season less than a month before champions were to be crowned.

The decision comes a day after the NCAA announced the games that were scheduled to start next week would go on, but played in mostly empty arenas.

That plan was scrapped as every major American sports league from the NBA to MLB put the brakes on its season due to concerns about the pandemic.

The NCAA canceled all of its spring championships in every sport, which includes hockey, baseball and lacrosse. 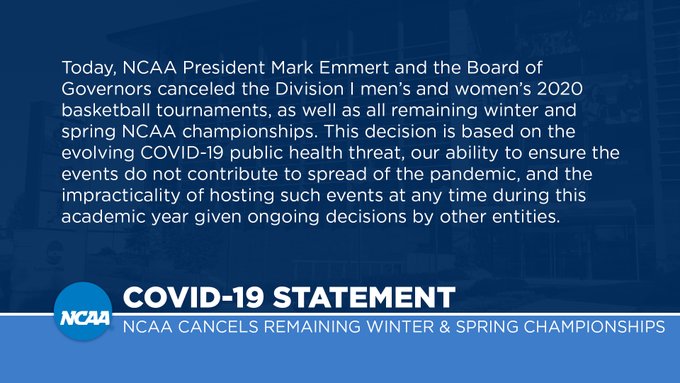