ST. LOUIS, MO- The biggest stories of any year or any topic are generally ones that are worth talking about the year after, too. Most of these fit that bill, too. Here’s one man’s opinion about the ten biggest St. Louis area sports stories in 2017.

10. TITLE TOWN: Several area high schools won state championships in 2017, including the CBC Cadet Football squad, plus the Vashon and Northwest Academy Boys Basketball teams, among others. Scores more individual student-athletes brought back wrestling and track crowns. But it could be hard to top the McKendree University Women’s Bowling team won NCAA gold in April, earning a trip to the White House this fall in the process. Can any of them repeat?

9. ELLIOTT SUSPENDED: Burroughs graduate and Dallas Cowboys Running Back Ezekiel Elliott, under investigation for more than a year for violations of the NFL’s personal conduct policy, ended what had become a protracted legal back and forth over how the policy was enforced and served a six game suspension tied to disputed allegations of domestic violence.

8. MAX IS THE MAN, AGAIN: Chesterfield native Max Scherzer won his second straight Cy Young Award after going  16-6 for the Washington Nationals. All of the retired pitchers to accomplish that feat are in the Hall of Fame (Palmer, P. Martinez, Koufax, Seaver) so he and the only other active pitcher–Clayton Kershaw–figure to join them there someday.

7. WARNER ENSHRINED: The NFL may no longer have a home in St. Louis, but the Greatest Show on Turf will continue to live on in Canton, Ohio. Kurt Warner, the  Super Bowl champion and Super Bowl MVP winning-quarterback had his legacy cemented when he was formally inducted into the Pro Football Hall of Fame last summer. Two of the wide receivers who threw to–Isaac Bruce and Torry Holt, will find out in February if they’ll join him in the 2018 class. Longtime Denver Broncos safety Steve Atwater (Lutheran North) is also a semifinalist.

6. TATUM TIME: Chaminade graduate Jayson Tatum left Duke after his freshman season and ended up as the third player taken overall, by the Boston Celtics in the June draft. Tatum, arriving on a veteran-laden roster, has only ended up being one of the team’s leading scorers and three-point shooters. Count on Tatum to be a factor in All-Star Game weekend festivities in February.

5. SLU HOOPS: As much as Travis Ford’s arrival before last season gave the Billiken program and fans a fresh bolt of energy, the 2017-2018 campaign was supposed to be the one that started to deliver excitement on the court thanks to high-profile recruits and transfers. But that excitement has been tempered by an alleged sexual assault involving four players. A criminal investigation continues, along with the school’s own Title IX probe which means this will be a story we’re talking about in 2018, too.

4. HITCHCOCK ERA ENDS EARLY: Entering the 2016-2017 hockey season, the plan was for Ken Hitchcock, who had just guided the St. Louis Blues to a conference championship series birth, to coach one more campaign before handing the reigns behind the bench to assistant coach Mike Yeo for 2017-2018. But with a 24-21-5 record entering February, management made the move ahead of schedule, firing Hitchcock and promoting Yeo.  The Hitchcock era in St. Louis ended with a 248-124 record in five-plus seasons. He left ranked second on the franchise career wins list. In his place, Yeo, guided the Blues to the playoffs in 2017, and his club has gotten off to a hot start in 2017-2018, despite being decimated by injuries.

3. MIZZOU HOOPS (and the Braggin’ Rights Game) MATTERS AGAIN: Three seasons and a total of 27 wins were enough to see that despite Kim Anderson’sdedication to the University of Missouri and the men’s basketball program over the years, Athletic Director Jim Sterk could not afford a fourth year of further fan apathy toward one of the department’s big revenue sports. You know what happened next. Cuonzo Martin, who grew up in East St. Louis, was hired.

He brought Michael Porter, Sr. on board as an assistant, which paved the way for sons and nationally ranked recruits Michael, Jr. and Jontay to come along.  Martin convinced East St. Louis star Jeremiah Tilmon to flip from Illinois to Mizzou after a coaching change in Champaign. It was all enough to make your head spin, and as soon as the season started, intrigue struck. Michael Porter, Jr. appeared for about 2 minutes in the season opener against Iowa State and scored two points. Then he missed several games, before the announcement during Thanksgiving week that he’d miss the rest of the season with back surgery that would likely mean the end of his MU career since he’s considered a top 5 NBA draft pick next summer. Speculation persists that he could still return this season. Regardless, the Tigers have already topped last season’s win total and we haven’t hit January 1.

New coaches at both Missouri and Illinois have infused new life in the Braggin’ Rights basketball rivalry, which had sagged on the court in recent years and suffered from fan apathy off it. Illinois may have won for a fifth straight matchup this year, but with fresh energy infused, a sellout crowd at Scottrade is proof that good things are in store for MU hoops and what used to be one of the hottest tickets in town. Don’t forget the SEC Men’s basketball tourney will be played here in March.

2. SHUFFLING THE CARDS: The St. Louis Cardinals missed the playoffs again in 2017, and for the first time in back to back seasons since 2007 and 2008. And to make matters worse, the Chicago Cubs have beeen rebuilt into a World Series winner. There were fundamental failures on defense and on the basepaths, leading to a coaching staff shakeup during the season. Alex Reyes never threw a single pitch in 2017 due to elbow surgery. Adam Wainwright battled inconsistency and Father Time.  Free agent reliever Brett Cecil got off to such a poor start he shaved his head.  The team employed four closers over the course of the year: First it wasSeung-hwan Oh, then Trevor Rosenthal reclaimed the spot, before elbow surgery ended his Cardinal career. Tyler Lyons was the man for about a month, until the team acquired Juan Nicasio in a post-waiver deadline deal September 6. Free agent Dexter Fowler, who was expected to hit leadoff, moving Matt Carpenter’s bat into the middle of the lineup, ended up battling injuries on and off for most of the year, even while putting up statistics that matched or surpassed his 2016 numbers in Chicago. Carpenter moved back to the leadoff spot, and later revealed during the season he was battling a shoulder ailment. You’ve probably heard this a lot this season–the Cardinals were missing an impact bat in 2017.

Changes have already been made ahead of 2018. Mike Maddux is replacing Derek Lilliquist as pitching coach. Jose Oquendo is returning as third base coach after knee surgery and a stint teaching the organization’s younger players in Florida and Willie McGee is joining the coaching staff on a full-time basis. The team acquired Miami Marlins slugger Marcell Ozuna after an extended courtship of teammate Giancarlo Stantion ended with Stanton failing to waive a no-trade clause. As of this writing, more moves are possible, namely to bring in a new closer and possibly a new third baseman. Mike Matheny is under contract through the 2020 season, but one suspects we’ll know what the top story of 2018 could be if the Cardinals are out of the running come next October.

1. THE TEAM THAT ALMOST WAS: St. Louis has long laid claim to being “a cradle” of American soccer dating back to the 1950 World Cup, when five of the 11  players on the roster which upset England hailed from here. The city is home to the Hermann Trophy, given annually to the top men’s college soccer player, in honor of Bob Hermann, a longtime soccer league executive. Strong public and private high school s producing loads of Division I caliber talent, with many now playing in the MLS or overseas. Professional and National Team exhibition games staged here have drawn huge crowds. So when Major League Soccer announced expansion plans, St. Louis was all but told: build a stadium and you’re in. 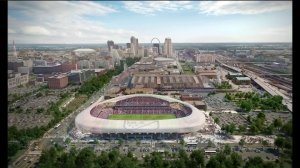 A potential ownership group proposed a stadium near Union Station, but only if city voters approved $60 million to help pay for it by raising a use tax. It failed on the April ballot.  It appears any chance of bringing the MLS to St. Louis hinges on the ability to reach a regional solution to fund a stadium.

KANSAS CITY, Mo. (AP) — Yu Darvish pitched seven sharp innings and the Chicago Cubs beat the skidding Kansas City Royals 6-1 on Wednesday night for their sixth straight victory. Javier Báez drove in two runs for the Cubs, who handed Kansas City its sixth consecutive defeat. Kris Bryant and Anthony Rizzo each had two hits and scored twice. Darvish was in midseason form for the second straight outing. He gave up five hits, struck out four and walked one.

CREVE COEUR, Mo. - Just two days ago schools were wondering if after school activities in the Fall would be canceled for good. The Missouri State High School Activities Association (MSHSAA) released a statement on Wednesday giving all schools the option to participate whether they offer in-school learning or not.

The MSHSAA Board of Directors has decided to allow member schools who are beginning the school year virtually to participate in all interscholastic activities.

ST. LOUIS – COVID-19 has sidelined many sports but the nonprofit Good Sports is teaming up with Fox Sports to make sure that kids in St. Louis have enough equipment to play ball.

The kids at Herbert Hoover Boys and Girls Club will be part of the Restore Play campaign that will air on Fox Sports platforms.