“It’s an action-packed weekend, not just one game or one event. We have built up quite a repertoire of events,” said Steve Chapman, St. Louis Blues’ executive vice president and chief revenue officer.

All-Star Weekend features a four-team, single-elimination tournament with teams representing the league’s four divisions (Metropolitan, Atlantic, Pacific, and Central). Each game will be played in a 3-on-3 format. The first two games are Friday night at Enterprise Center, with the finals taking place Saturday evening.

The weekend’s festivities include a free Green Day concert, a Fan Fair at Union Station, the NHL Alumni Game, the Mascot Showdown, and a 5k through the streets of downtown St. Louis. Tickets are still available for the Fan Fair on Thursday and Sunday but they’re sold out for Friday and Saturday.

“We are thrilled to welcome all these people to downtown St. Louis. Once again, we have the national stage and we couldn’t be more thrilled,” said Missy Kelley, president, and CEO of Downtown STL. “So make sure the experience is as good as possible by preparing and arriving early.”

According to the city, street closures will be in effect beginning at 12 a.m. Thursday, January 23 until 2 p.m. on Sunday, January 26:

There is parking downtown but it is limited. Ride-sharing is another option. Whatever you do, leave early. There’ll be security checkpoints at the events and the venues have instituted a clear bag policy.

“We strive to come to a city and make it an experience not only for those super lucky to have a ticket to Enterprise Center but those who want to experience All-Star Weekend,” said Steve Mayer, NHL Director of Content.

The NHL and the city of St. Louis have put together a map of every parking lot and garage in the downtown area to provide visitors with safe parking options. 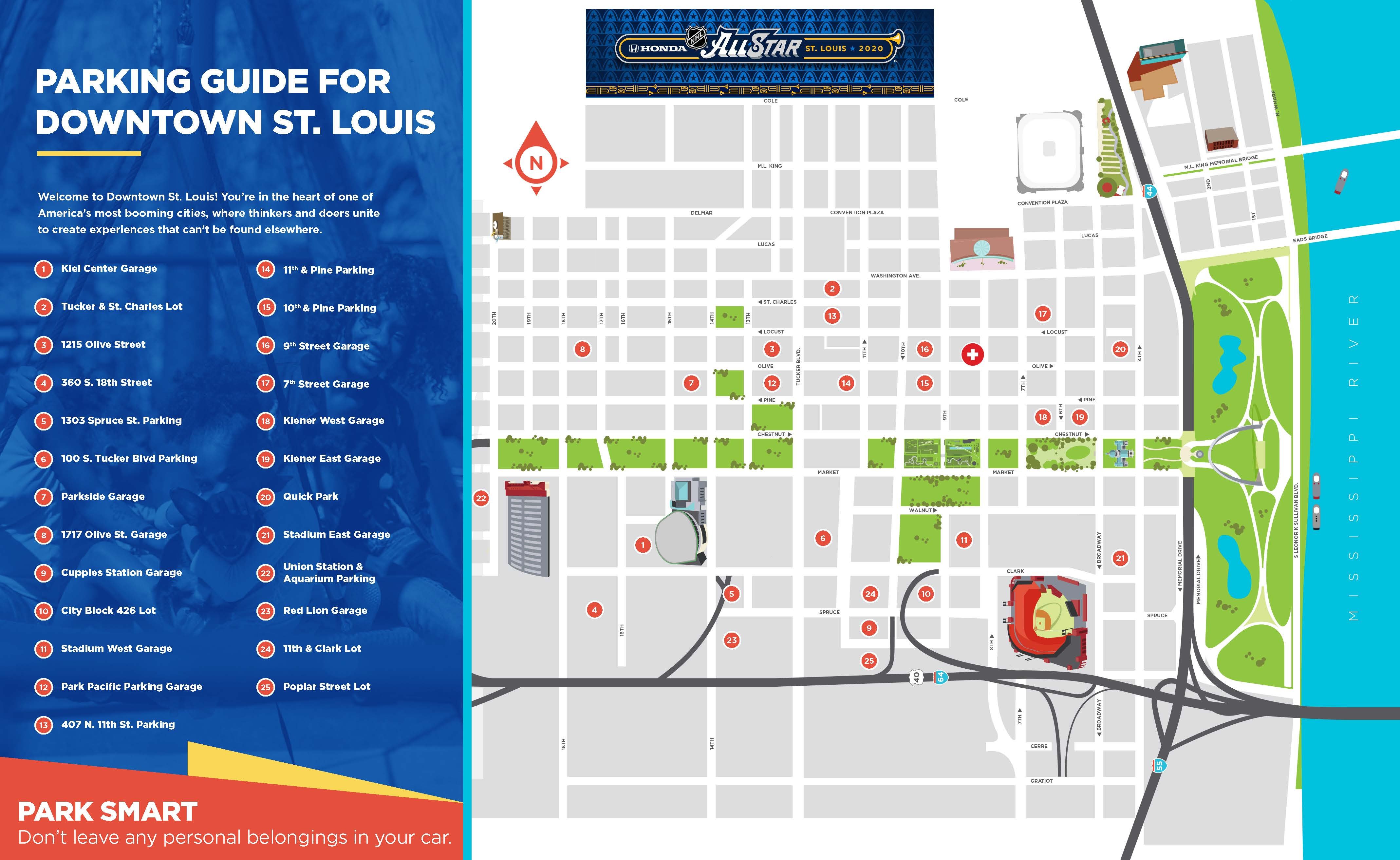 The full schedule of events for the NHL All-Star Weekend is as follows: