ATLANTA (AP) – The St. Louis Cardinals scored 10 runs for the biggest opening inning in postseason history and dealt the Atlanta Braves another playoff heartbreak with a 13-1 rout in decisive Game 5 of the NL Division Series on Wednesday.

Before many fans had reached their seats, the Cardinals were already booking their plans for the NL Championship Series, where they will face either the Los Angeles Dodgers or the Washington Nationals in a best-of-seven set beginning Friday. Those teams were meeting in their own Game 5 at Dodger Stadium. It will be St. Louis’ first NLCS trip since 2014.

For the Braves, it might take a while to get over this debacle.

Atlanta starter Mike Foltynewicz, who pitched seven scoreless innings in Game 2, retired only one-hitter. A huge error by first baseman Freddie Freeman cost the Braves a chance to get out of the inning with only one run scoring. Freeman had a hard-hit ball by Yadier Molina bounce off his glove. Had he fielded it cleanly, it could have been an inning-ending double play.

Tommy Edman, Dexter Fowler and Kolten Wong each had a two-run double, Cardinals pitcher Jack Flaherty walked with the bases loaded to force in a run, and St. Louis added to the Braves’ misery by scoring its final run on a strikeout.

Marcell Ozuna swung at a pitch in the dirt was already heading back to the dugout when he realized the pitch had gotten by Brian McCann. The catcher fell down trying to retrieve the ball and his throw to first to too late to get the late-running Ozuna.

The Cardinals sent 14 batters to the plate before Max Fried finally got the final out.

It was Atlanta’s 10th straight postseason round loss since their last victory 18 long years ago, tying the ignominious mark set by the Chicago Cubs between 1908 and 2003. 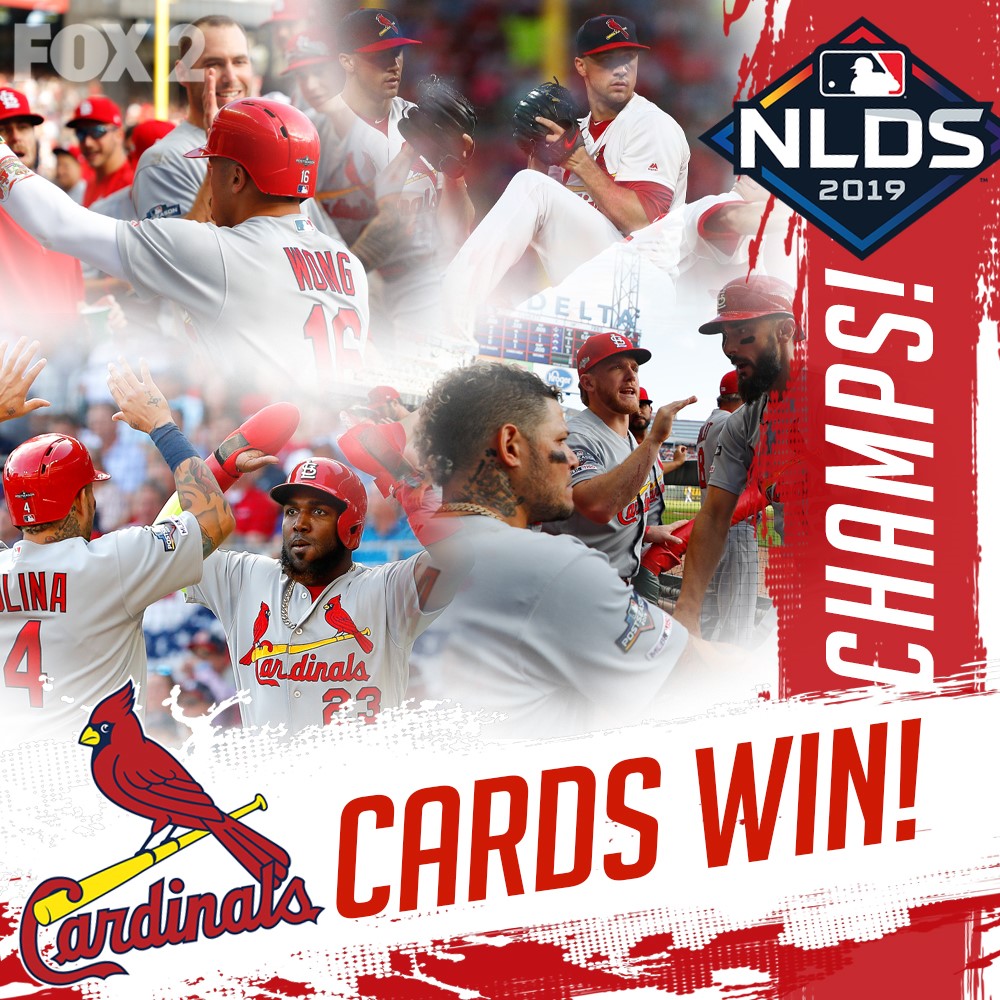 Martinez was in violation of the country's social distancing and mask-wearing regulations. The baseball player was contacted by police but not taken into their custody.

Cardinals Winter Warm-Up will be held virtually this year

ST. LOUIS – The Cardinals Winter Warm-Up will be virtual this year due to the pandemic.

The 25th annual Winter Warm-Up is the largest fundraising effort put on by Cardinals Care, the charitable foundation of the St. Louis Cardinals. All proceeds raised from the event support kids in the community.

ST. LOUIS - The Official St. Louis Cardinals Team Store is offering 25 percent off the entire store now until November 29 in their 'Fans-giving' sale.

They also kicked off a new personal shopper service Thursday

Locally-owned restaurants battle stress and uncertainty during the pandemic