Skip to content
Breaking News
Breaking News
IL: 5,083 deaths/ 114,306 cases; MO: 696 deaths/ 12,492 cases. List of St. Louis area coronavirus disruptions
Live Now
Live Now
White House Press Briefing
This is an archived article and the information in the article may be outdated. Please look at the time stamp on the story to see when it was last updated.

ST. LOUIS, MO - The St. Louis Cardinals have activated Matt Holliday from the disabled list, and the veteran outfielder could make his final appearance with the team this weekend.

Holliday broke his left thumb when he was hit by a pitch Aug. 11. The Cardinals informed the slugger this week that it's not planning to pick up their $17 million option on his contract for 2017.

Manager Mike Matheny says he plans to use the 36-year-old Holliday as a pinch hitter in one of the three final games against Pittsburgh.

Holliday signed a $120 million, seven-year contract after the 2010 season that remains the largest in Cardinals history. He helped the team win the 2011 World Series, the 2013 National League pennant and reach the playoffs the past five seasons. 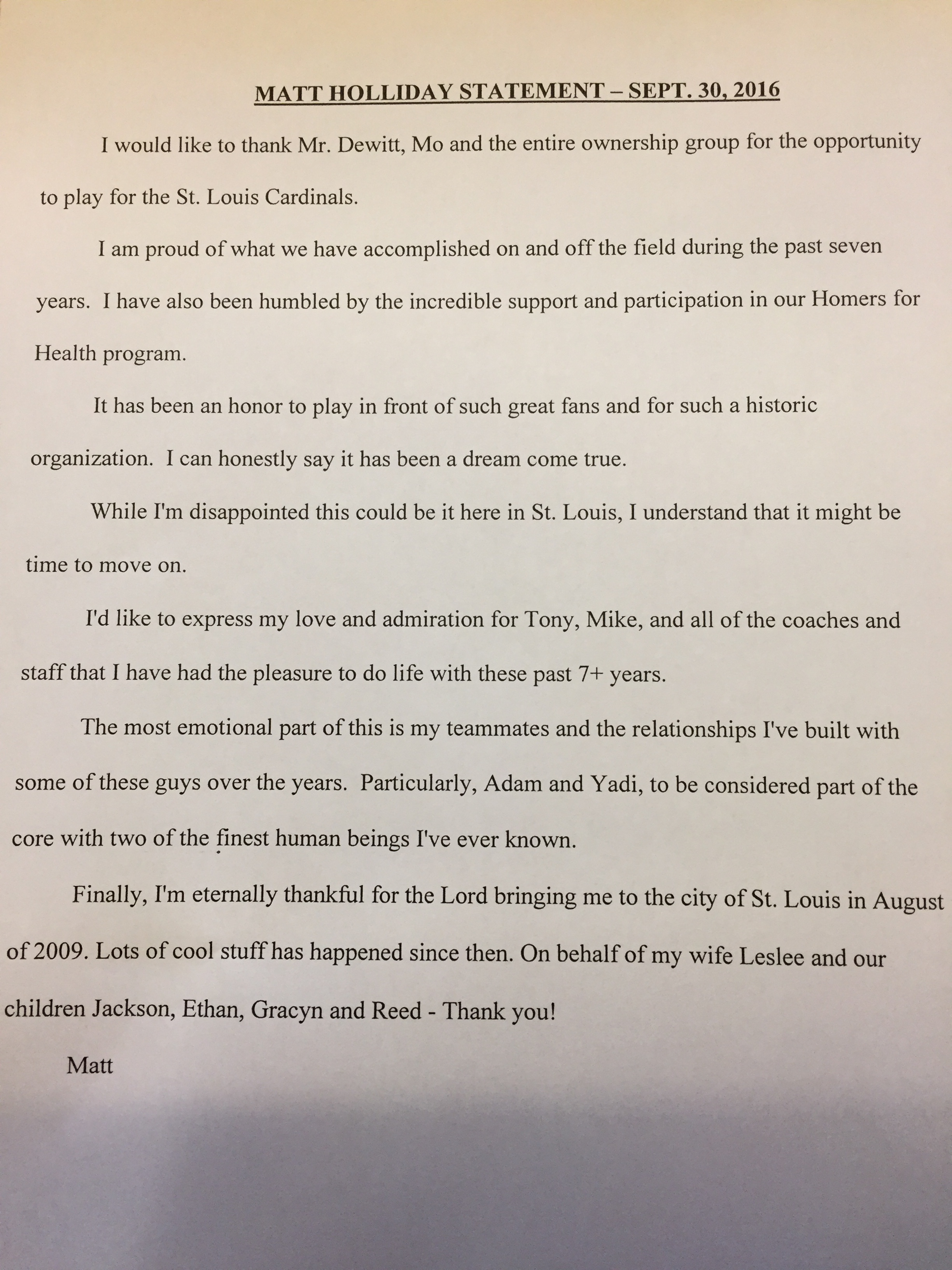 Holliday activated from DL. Maybe his last go as Card. Mozeliak says the chance of picking up his option in the offseason is low @FOX2now

Matt Holliday will be activated today - he'll get a chance to express thanks to the fans. Mo said it's unlikely they'll pick up his option

Mozeliak optimistic for Baseball in 2020

Cardinals President of Baseball Operations John Mozeliak told Fox 2 Sports Director Martin Kilcoyne on Monday that he is optimistic that Major League Baseball will be played in 2020. Mozeliak also said in talking with Cardinals players, they would like Spring Training 2.0 held at Busch Stadium.

ST. LOUIS - Baseball fans in the Gateway City don’t know if there will be a 2020 season yet but they do know there will be a St. Louis Cardinals Hall of Fame class to celebrate.

On Friday night, the team announced a trio of newcomers would earn their place in franchise immortality – pitcher John Tudor and second baseman Tommy Herr were elected by a fan vote, and first baseman Bill White was chosen by a select panel.