ST. LOUIS, MO (KTVI)- On Saturday, the Missouri Tigers will have to dig out of a 2-5 hole to start the season without two key cogs on defense. Head Coach Barry Odom told reporters in Columbia Tuesday that linebacker Michael Scherer (MICDS) and  defensive tackle Terry Beckner, Jr. (East St. Louis) each suffered torn ACLs in MU’s loss against Middle Tennessee State on Saturday.

Terry Beckner's torn ACL is not the same knee he tore last year.

According to stltoday.com’s Dave Matter, Scherer’s injury is career-ending seven games into his senior season, and while Beckner has not been officially been ruled out for the remainder of 2016 he is likely done for the year. Beckner tore ligaments in his other knee last November. 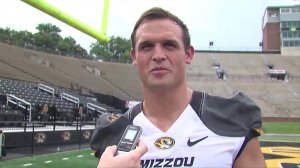 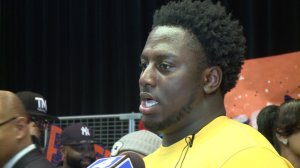 Cardinals manager Mike Shildt announced on Thursday that he's shuffling his starting pitching rotation. Jack Flaherty was due to start the Cardinals next game, Friday vs. the Cubs. Instead Daniel Ponce De Leon will get the nod. Shildt's reasoning is that Flaherty has not pitched since the season opener on July 24th and could use another side session. Ponce De Leon was the last Cardinal to start a game. That was on Wednesday, July 29th before the coronavirus shut down the team for eight days. Ponce De Leon will pitch Friday's game as mentioned, followed by Adam Wainwright on Saturday. Flaherty of Dakota Hudson will pitch on Sunday. The one who doesn't pitch Sunday will go on Monday. Then rookie K.K. Kim will start next Tuesday's game. It will be his first Major league start.

The round robin portion of the 2020 NHL Stanley Cup playoffs are not going well for the defending champions. The Blues lost their second straight game, a 6-4 setback to the Vegas Golden Knights on Thursday night in Edmonton. The Blues had built a 2-0 lead on goals by David Perron and Colton Parayko and great goaltending from Jordan Binnington. But Vegas scored three straight goals in the second period to take a 3-2 lead. Goals by Parayko and Troy Brouwer put the Blues back on top 4-3 after two periods. The third period was all Golden Knights as they scored three times to wrap up the victory. Mark Stone scored the fifth goal for the Knights and that turned out to be the game winner.

The loss assures the Blues of no better than the third seed in the Western Conference playoff seedings. St. Louis came in to the tournament with the top spot. The Blues finish the round robin on Sunday, August 9 against the Dallas Stars. Game time is TBA. A win over the Stars will get them that third seed.

KANSAS CITY, Mo. (AP) — Yu Darvish pitched seven sharp innings and the Chicago Cubs beat the skidding Kansas City Royals 6-1 on Wednesday night for their sixth straight victory. Javier Báez drove in two runs for the Cubs, who handed Kansas City its sixth consecutive defeat. Kris Bryant and Anthony Rizzo each had two hits and scored twice. Darvish was in midseason form for the second straight outing. He gave up five hits, struck out four and walked one.